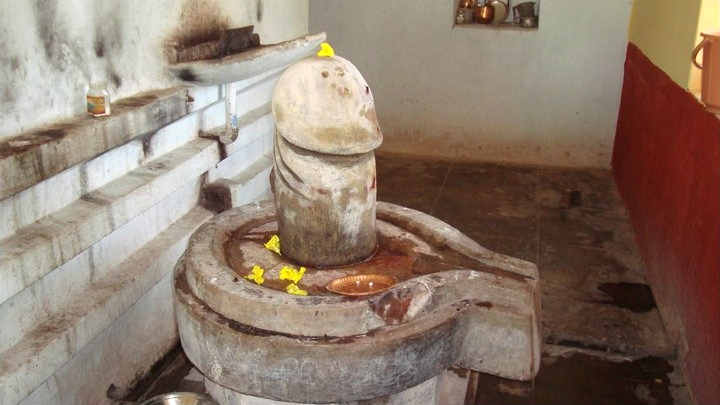 What is Shiva Linga?

The Sanskrit word Lingam translates to ‘mark’ or ‘symbol’, so Shiva Linga could refer to the symbol of Lord Shiva, a formless Hindu god. Lord Shiva is said to dwell within your innermost self, also known as your ‘Atman’. It’s popularly believed that the Shiva Linga or lingam represents the phallus – one of the emblems of natural human creation – but according to Hindu spiritual teacher Swami Sivananda, this is a serious misunderstanding. 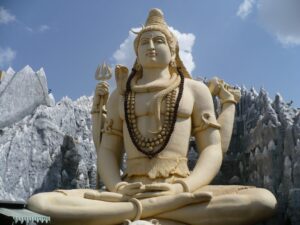 The lingam as a symbol of creation

As a holy symbol, the Shiva Linga is something that’s considered to be sacred to the followers of Lord Shiva. While the word ‘Linga’ means ‘symbol’, the word ‘lingam’ in Sanskrit translates to ‘penis’. Thus, the symbol of Shiva is the penis, and because of its holy image and vital role in human creation, it’s highly revered by Shiva followers. For this reason, there are phallic statues erected outside of temples as a mark of respect.

The statues are usually made of stone – either manually carved or naturally existing such as ones that have been shaped by rivers. They can also be made of metal, gems, crystals, wood, earth, sand, clay or even ice. Metal and stone are the most popular and common materials used. The most prevalent statue is one tall, elliptical and rounded construction of a penis that sits atop a circular base – also known as the peetham, which scholars believe represents parashakti, the manifesting power of adultery. 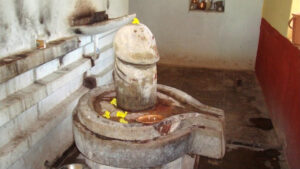 Interpreting the Linga: Worshipping the phallus

As well as seeing the penis as the holy symbol and mark of Lord Shiva, scholars have also theorised about the various interpretations of a Shiva Linga.

The most obvious interpretation is the worship of reproduction. Because ‘lingam’ means ‘penis’ and the other translation for ‘linga’ is ‘gender’, scholars believe that the whole concept behind Shiva Linga and its subsequent practices are to enhance reproductive function. They say that when the lingam and yoni (penis and vagina, respectively) meet during copulation, sexual energies are exchanged. This is represented in various rituals performed using the lingam statues. There is one where a container of water (Kalash) is suspended over the Shiva Linga and the water dripping over the statue corresponds to the idea of intercourse.

Scholars theorise that the togetherness and the bond between the lingam and the yoni in a Shiva Linga is the focal point for energy creation and enlightenment.

Tantra is the practice of prolonging pleasure in order to preserve life energy, enhancing concentration and reaching a higher level of spiritualism. There are tantric influences in Shiva theory. According to tantra, the lingam represents Lord Shiva’s phallus in spiritual form. The lingam is said to contain the seed, the ultimate soul where the heart of cosmic energies lies. When the lingam rises to unite with the yoni, this results in the ultimate exchange of energies, cosmic as well as sexual. 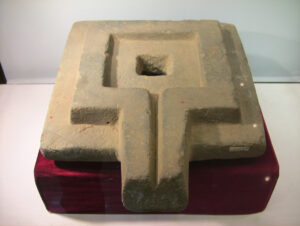 A lingam massage is based on all the theory about Shiva Linga. If the lingam contains half of the most powerful natural energies, the point of a lingam massage is to help the body control how and when they are released. Wasteful discharge of energy is not encouraged, so a lingam masseuse teaches the man ways to prolong pleasure, extend the arousal period and delay ejaculation.

A lingam massage is also a process of worshipping the penis as a holy symbol. The massage pays total, undivided attention to this sacred object. It’s a more physical approach – providing manual stimulation and pleasure as opposed to religious prayers and rituals.

Scholars say that the ancient seers of India believed the Linga possessed a mysterious but potent power, also referred to as ‘Shakti’. The Shakti is said to induce concentration and help the mind focus its attention, so lingam statues were constructed in and at temples of Lord Shiva.

Because the lingam contains such powerful energy, releasing it whenever you want is considered to be wasteful. Lingam massage helps a man learn how to control his arousal. It’s important to remember that ejaculation and orgasm are not the same thing. When he learns how to control his ejaculation, his orgasms will be more frequent, more intense, longer-lasting and more efficient.

For lingam devotees, the Linga is not just a stone statue. It is the icon that raises him to new levels of consciousness, spirituality and mentality. It is the symbol that keeps him radiant, focused and in communication with his Lord.

Do You Want to try a lingam massage?

If you’re interested in experiencing the powers of the lingam, then why try one for yourself? We offer an amazing outcall Lingam massage service in London.

When I Got A Life Changing Lingam Massage In London

At VIP Outcall Massage London, we offer the best lingam massage service in London. And…

Chasing The Next Hip And Trendy Health Kick?

Lingam Massage And How It Can Help With Fatigue And Insomnia

Sometimes you’ll find that medication alone isn’t enough to get rid of certain illnesses. No…

Categories
Ready to make a booking? Click the button to get in touch with our friendly reception team.
Get In Touch
Copyright VIP Outcall Massage London 2023 - All Rights Reserved
Back To Top Call Now Button