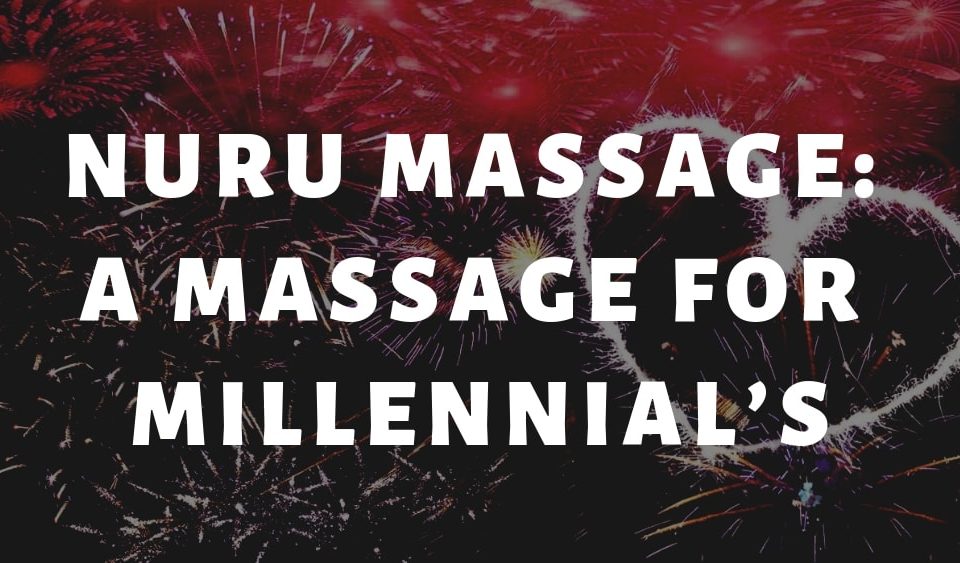 Having said that, the older I get the more I have mellowed and with each coming year I have come to accept that I am in no way an oddball, separate from the rest of my generation; in as much as I am now wiser enough to see that our social and physical environment does shape us and play a part on who we are.

What did my friends think about me going for a Nuru massage in Central London?

That’s an age-old problem though, isn’t it? Being stubborn even when you know you’re wrong because the possibility of being proven wrong is too hard of a reality to face. I knew I couldn’t force my friends to open up about sex or force them to go to a parlour. So I left them to their ignorance and moved on.
Or at least I thought I had until one night I was vacating a parlour with my cousin who was blowing up about how amazing Nuru massage is, how exciting, how mind-blowing, how fun etc. and I thought to myself, Oh shit – Nuru is the millennial massage.

So with this in mind, I decided to book in all the lads for a cheeky Nuru…

Out of the six, two bailed on the plan but four was still enough to test out my theory. I asked them all to write an account afterwards- I’d told them about the blog and explained my theory about Nuru and they all obliged.

What did each one of them make of their Nuru massage?

Cal, 28: “Mate it was unreal, my hearts never thumped that hard and it was like I could see this light behind my eyes, I felt like I was on MD, no but softer than that – like I was on valium, but more than that. Oh I dunno, I guess I must have orgasmed mustn’t I? Christ 28 and only just had an orgasm. I wish I tried Nuru a long time ago.”

Tim, 27: “I’ve always been the most awkward about sex stuff haven’t I? I don’t really like to talk to you’s about it, let alone when I’m with a girl. I just close up and get embarrassed. Trying Nuru certainly took me out of my comfort zone and at first I thought, oh god what kind of nightmare have I got myself in to but then as I calmed down it turned in to a dream! Complete bliss! I’ve never been touched so sensitively or experienced such rushes of sexual energy. It was truly phenomenal.”
Oscar, 29: “Fair playmate, we were totally wrong. This Nuru stuff is insane. I feel like I’ll never be sad again now I know I can always just go and get a Nuru massage. It’s really cleared my head and made me feel all kinds of feelings. I feel glad to be alive? Is that weird? Is that how everyone feels after Nuru?”

(Side note- my friends who failed to show up to their appointment went back after the others rave reviews, so happy millennial’s all around!)

If you would like to try our Nuru massage North London services or want to book your friend a session as a treat then, by all means, give us a call today!

Spice Up Your Relationship With A Nuru Massage!

Why A Nuru Massage Is The Best Massage For You

When you found out what a Nuru massage was, what did you think? Did you…

10 Of The Best Things About Nuru Massage And What Makes It So Good!

Categories
Ready to make a booking? Click the button to get in touch with our friendly reception team.
Get In Touch
Copyright VIP Outcall Massage London 2022 - All Rights Reserved
Back To Top Call Now Button